Stephen worked on a components manufacturing problem to reduce manufacturing costs and improve overall operations practices. He created an automated data collection method, which allowed the company to gain a whole new way to measure performance. He analyzed lot sizes and identified unnecessary changeovers. From his data, he defined new ordering processes that will be implemented across the Boston Scientific network.

Meghan joined Boston Scientific in 2014 after a career spanning engineering, strategic planning, and marketing roles at Gillette and Johnson & Johnson. While at Johnson & Johnson, she had worldwide marketing responsibilities in the DePuy sports medicine franchise.

My job is incredibly rewarding as the technologies that we are developing have a meaningful impact on how endoscopic physicians are able to diagnose and treat their patients. We deliver technologies that change patients’ lives. I am beyond proud to be part of a company with a winning spirit and talent.

Steve’s career began with 12 years at Intel and a stint at Target.com. He joined Boston Scientific in 2009, where he initially led all technical work on the materials used in pacemakers and related devices. Currently he’s running the company’s Costa Rica operations across two factories. Previously, as Director of Operations, Steve led the turn-around of an acquired medical device factory and achieved a twenty-fold increase in production.

Seth interned at Amgen headquarters in California during LGO, where he created a simulation to reduce variability and increase the use of predictive analytics in the purification process. He joined Boston Scientific in the Boston metro area where he is a senior process engineer. 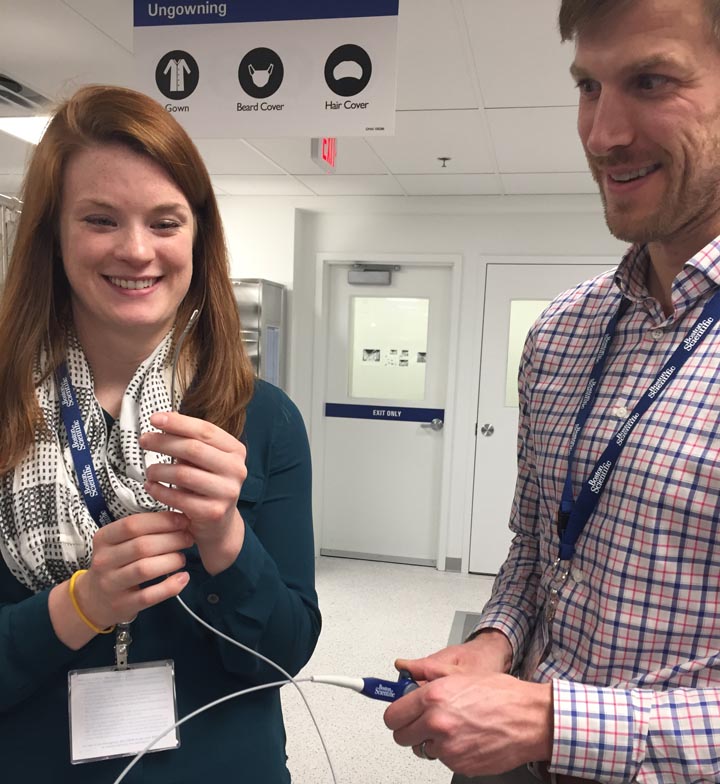 LGO students at Boston Scientific in Minnesota during the 2017 domestic plant trek
The work we do at Boston Scientific improves patients’ lives. My business and engineering experience from LGO (lean, supply chain optimization, silicon wafer fabrication, statistics, etc.) help me in my job every day. But for me, the most important learnings from LGO have been the tools for organizational influence, leadership, and collaboration.
Steve Schiveley (LGO '04)
Director of Operations, Boston Scientific